I used to wonder whether our brains are gendered or not. I grew up with a straight brother who had weird but cute ways I couldn’t comprehend. I have very few straight female friends because I easily get insecure as they are way too girly than I am. I did wish to be like them but it felt not so fitting for me. I like things simple and generic. I actually got along a lot with gay men more than straight women as I got older and I am quite fond of them. My husband is as logical as I am. I am lucky to have married someone who can talk about atom, electron, brain function, conservation, etc. at length as I was often shutdown or laughed at by friends when I start talking science to them. However, observing the dynamics we have at home, with our pets, it is becoming clearer and clearer everyday that we have different inclination or reactions to certain things.

Studying Biology and Psychology helped me understand how humans are wired based on brain morphology (anatomy) and functions, how our genes dictate how we look, function and we know that it is evolving through generations. Above all, I came to understand how brains dictate our minds and influence how we behave in the society.

I would like to share few facts I have gathered about the common behaviors and thoughts of male and female brains in the hope that you will appreciate your partner even more. Note that this is just based on average statistics and for sure there are unique individuals who may not have the common thoughts and behaviors with the gender they identify themselves with.

Which Brain is Smarter?

Did you know that in the 19th century, men were perceived to be the more intelligent gender than women? Homosexuality back then was a taboo but we learned later on that there were great artists who were later revealed to be gays. However, the only reason why they said so was because average male brain’s size was bigger than female. Hence, parents back in those days would only send their boys to school, while girls were just home helping with their mothers doing the chores which debilitates them even more. Knowing famous powerful women and gay men we know today, we know that it can be equal and that it is in the nurture that may help polish that intelligence.

Fast forward to the 21st century, women have equal opportunity now with men in terms of access to books and proper education; and more and more women are occupying executive positions in the corporate world. Women have also invaded into the space of engineering, military and Science researches which used to be an all-men space. Now, more and more people are opening their eyes, minds and arms to gay men and women so we see them flourish and excel as well as men and women given the vote of confidence we show that allows them to be comfortable with being just who they are.

Which Brain Remembers Details and Which Produces More Strength?

Neuroscientists discovered that structurally, you can’t very much tell the difference between the brains of a male and a female. However, as they look closer they observed that on average female brains’ hippocampus is slightly bigger. Hippocampus is the part of the brain that is responsible for long-term memory. This is why, often, women and gay men remember every detail of events or situations than men and gay women. If your partner couldn’t remember the way you remember all the details of your wedding day or how you first met, don’t be dramatic, just be forgiving.

On the other hand, the amygdala of average male brains, are slightly bigger than that of average female brain. Amygdala is responsible for emotion like fear or aggression. This may be the reason why often, men and gay women would always step forward in times of troubles because they have stronger protective instinct. They are wired to react instantaneously when trouble strikes.

Which Brain is More Linear and Which Brain Produces Intricate Thoughts?

A study done in the university of Pennsylvania, observing over a thousand subjects. Their brain scans showed that on average, the two hemispheres of male brains are separated, with connectivity suspended straightforwardly to individual hemispheres. This may mean that male brains process information straightforwardly, with intense tunnel-like focus, no detours, and is going to quickly take action. This may also explain why when men and gay women are preoccupied with something really interesting and important, they don’t hear you anymore. A kiss may let you steal some attention.

Which Brain is Expressive?

Female brains have verbal centers in both sides of the brain while men’s verbal centers are only found in the left hemisphere. This maybe is why men and gay women may tend to be less expressive in terms of verbalizing their feelings or emotions the way women do. However, we know that action speaks louder.

Conclusion: So, are Our Brains Gendered?

My answer is yes and no. Basically, neuroscientists shared that at the embryonic stage all brains are on a female state, until the Y chromosomes get activated which happens during early adolescent stage, on average. However, only 8% of its entirety of the brain will change. Huge part, about 92%, show no difference between men and gay women brains as compared with that of women and gay men brains in terms of structure and functionality.

On gay brain. Not only that I believe in Science, having studied Biology for a long time, but also that I have lived amongst gay men and women. Most of my best friends are. I have learned of their struggles-of not being understood, being different and sadly being labeled and judged as sinners. Most of my gay friends have known all their lives that they were gay. Grew up surprised that they were not fitting in with how their role models are- parents or heroes on movies who were straight. Most of them have done all they can to change as people weren’t accepting of them and some were successful with their decision but sadly, few are gone.

There are invertebrates that are changing sex between male and female, to survive. Homosexuality is not about sex. It is about how brains are wired and how it forms the minds which then are manifested through our behaviors. All are influenced by the genes, brains and environment. God makes no mistakes.

New Scientist – Gay Brains Structured like those of the Opposite Sex

ScienceMag – The brains of men and women aren’t really that different, study finds. 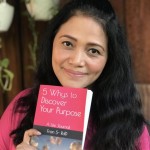 Fran Saguindang Riego de Dios, MS has been in training and leadership development for 15 years now. She was awarded one of the Most Talented Training & Development Leaders in the Philippines 2019 during the 14th Employer Branding Awards by Employer Branding Institute. She also enjoys art and music. You may also visit her personal Leadership Blog Site at Leadership Project.
View all posts by fran →

The Science Behind Physical Attraction
April 24, 2016

We love to hear from you Cancel reply

This site uses Akismet to reduce spam. Learn how your comment data is processed.